What a difference 6 years makes

A look at two versions of the same image 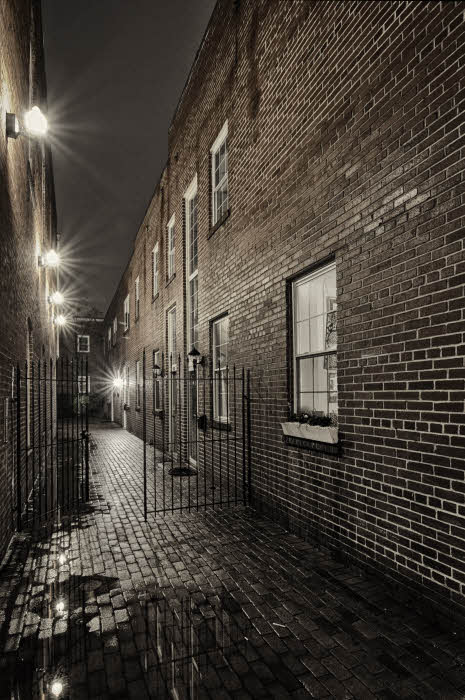 In daylight, or even a dry night – very ordinary

This is an image made about 6 years ago when I was just starting to get serious….

It did well in competition in 2005, but I wanted to see how it would look in 2011 based on my current “vision” and, more so, how the improved editing software available to me now would aid with that vision.

IMO the original version, shown later, was relatively flat & lifeless. I wanted to see/show more detail. (The image has been in the closet for 6 years – how soon we forget ;-))

Here’s the 4-step sequence listed above.

My “vision” for this image is quite different from that of six years ago.

The captured color is more vivid than reality & has a red cast (check the sky). Between what I consider to be bad color or B&W, I’d go for the B&W. Today’s image is a compromise.

Silver Efex Pro 2 is a game changer (plus my learning about the possibilities of Luminosity blending); good B&W conversion was beyond me in ’05 (even though I won B&W print of the year – and color – that year ; not this image though ;-))