Oxymoron (n.) – a figure of speech that combines contradictory terms
I am continually amazed at the number of images people post under the heading of HDR where the available natural light was just fine. Why do they shoot and process these HDR images? It isn’t because the scene’s dynamic range exceeded their camera sensor’s capability. It must be because they like “the look“. That said, the look is almost never natural. To me, the phrase “Natural HDR” ranks up there with other oxymoron jokes (like a course a friend taught at West Point which was categorized as a “mandatory elective” – which may explain why “military intelligence” is also among the oxymoron joke favorites).
If you like the HDR-Look then go for it, but think twice if your goal is a realistic natural looking image. If you’re looking for the latter I suggest that you refine your technique as discussed here and then, when you’re tempted to fire off several exposures using your trusty auto-exposure bracketing, do the following –

Here’s an example of an image (click to enlarge) made following steps #1 and #2 above (5 exposure AEB from -2 to +2 EV in 1EV stops). The natural light single exposure (grad neutral density + tripod) is on the left. The middle and right hand images are from two leading HDR programs and 5-10 minutes sweat of my brow to get something close to the natural image on the left as it came straight from the camera. Why waste the time and still end up with an inferior result? Masochists? 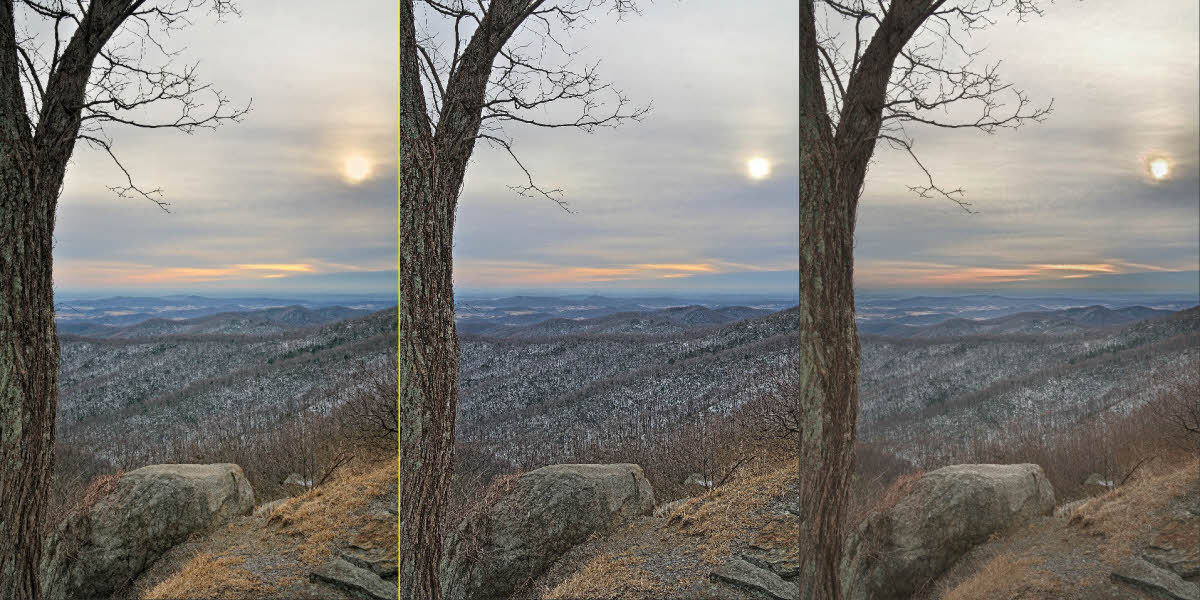